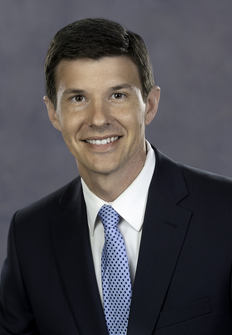 Dale Schowengerdt is a partner in the firm’s Helena Office. Dale handles appellate and complex litigation in a broad variety of cases in state and federal courts. He is the former Solicitor General of Montana where he was lead counsel on cases that were of critical importance to the State, including all cases at the United States Supreme Court in which the State or one of its officers was a party. In that role, Dale successfully defended the State in Montana v. Betterman, a landmark Sixth Amendment case where the Supreme Court unanimously ruled for Montana. Dale’s briefing and argument in the case can be accessed here. Dale has also successfully litigated several precedent-setting cases in state and federal courts. He also serves as the State Chair for the ABA’s Council of Appellate Lawyers.

He is admitted to practice in Montana, North Dakota, Wyoming, the United States Supreme Court, and several federal circuit and district courts.

Briefed Opposition to Petitions for Certiorari After Call for Response:

Davis v. Montana, No. 16-123. Successfully defended against Due Process challenge to State law allowing nonlawyer judges in courts of record to preside over criminal defendant’s only trial for a minor jailable offense (cert. denied January 17, 2017).

Bullock v. First Judicial District, OP 17-0021 (Montana Supreme Court February 1, 2017) Successfully argued that term of appointment for commissioner of political practices could not be extended beyond the appointment date.