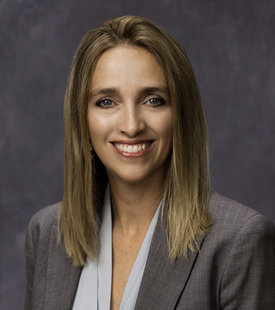 Aimee is a Partner and chairs the firm’s Government Affairs Department. Since 2001, she has advocated for clients in matters of governmental affairs and litigation. Aimee joined the Crowley Fleck law firm in 2009 and as a partner specializes in lobbying, procurement and grassroots lobbying. She is a member of the State Bars of Montana and Colorado and is currently the Past Chair of the Montana Chamber of Commerce Board and has been on the board since 2010. Aimee has served as Trustee for the Healthcare Section of the Montana State Bar. She is an appointed member of the Supreme Court’s Access to Justice Commission and the Governor’s Equal Pay Task Force. Aimee is currently on the board of the Montana Women’s Foundation. She was also named a Rising Star in the Mountain States edition of Super Lawyers in 2012 and she won the Salute to Women Award in 2016. Aimee was on the board of State Law Resources an international network of independent law firms that help businesses and public policy trade associations mange both legal and state government relations. Aimee was raised in Billings, Montana and graduated from Boston College in 1994 with a B.S. in English and the University of Montana School of Law in 1998. She clerked for U.S. District Judge Don Molloy in 1999 and served as the Chief Legal Counsel for Governor Marc Racicot from 1999-2001.

Aimee has experience as a trial attorney and director of government affairs for clients in areas of taxation, insurance, natural resources, healthcare, banking, tourism and non-profit.

Aimee is active coaching and managing her daughters’ soccer teams, teaching at her church, attending book club and traveling with her family throughout the U.S. and abroad. She is Past Co-President of the Kessler School Parent Partnership.