In 2018, Helena partner Alissa Chambers joined the pro bono program as the pro bono coordinator—dedicating a portion of her yearly hours to the program, and in 2019, Morgan Dake joined the law firm as a full-time pro bono associate in Billings.

Our dedicated pro bono team works with our lawyers, paralegals, interns and staff to ensure meaningful impact through litigation, transactional work, and shaping public policy. Our dedication to public service is supported by all levels of the firm and our partners lead by example, handling numerous pro bono cases and serving their communities.

Annually, our firm dedicates thousands of hours of pro bono service, delivering tangible benefits to our clients, our firm, and our community.

At the heart of our program is a deep commitment to bringing the best possible legal representation to the most underserved, and frequently overlooked, populations within our very own communities.  Our firm’s services help fight scams on seniors, provide guardianship to children caught up in contentious family law matters, help people escape abusive relationships, represent families living in unsafe housing conditions, and provide advice to local non-profit and community-based organizations.

Applicants are screened for financial eligibility using federal poverty guidelines. Priority is given to matters with extraordinary circumstances that limit a person’s ability to represent themselves.  The program does not provide assistance in any criminal law, bankruptcy or debtor/creditor cases.

Because the firm receives hundreds of requests for assistance each year, cases are selected at the discretion of the program with services limited to available resources.

Our firm strongly believes that we can help children by helping their parents reduce and resolve family conflict due to separation or divorce.   In 2013, we established the Pro Bono Family Mediation Project.  The project offers no-cost mediation designed to help parents communicate and reach agreements resolving parenting plan issues that are in the best interests of the child.

Our attorneys take pride in volunteering their time and efforts to help families resolve their disputes in a way that is self-directed, practical, and most importantly, successful.

In 2012, our firm established the Dalthorp Public Interest Clerkship to honor our partner and friend, George Dalthorp, who passed away in March 2011.  In nearly 40 years with the firm, George not only distinguished himself as a pre-eminent trial lawyer, but also gained the enduring respect of his peers through his compassion and commitment to pro bono work.  George was one of the driving forces behind Crowley Fleck’s decision in 1996 to hire a full-time pro bono lawyer and create a very successful program that has helped hundreds of families and individuals.

The clerkship allows one law student the opportunity to work on public interest or pro bono legal matters in conjunction with the firm’s pro bono program.

Lynn (name changed for privacy) reminds us that it is our absolute honor to help others.  When Lynn became our client, she had just been diagnosed with stage 4 breast cancer, her home life was deteriorating, and she could not risk losing the health insurance she received through her husband.  Despite her hardships, Lynn was a proactive client and with her help, we were able to secure a favorable dissolution that kept her insured and reunited her with her beloved dogs for the remainder of her short but extraordinary life.

In In re A.P.P., 2011 MT 50, 359 Mont. 386, 251 P.3d 127, the firm won an appeal that extended the scope of non-parental rights in Montana.  A.P.P.’s mother was killed in a motorcycle crash that also injured her step-father.  The biological father moved her to Wyoming and terminated contact with her sister and step-father.  At trial, the firm was successful in proving that 1) the biological father engaged in contact contrary to his parent-child relationship, 2) that the step-father established a parent-child relationship, and 3) it was in the child’s best interest to continue her relationship with her step-father and sister. The district court awarded parental rights to the step-father and step-sister.  The Montana Supreme Court affirmed the district court’s ruling.  In previous supreme court cases, the court used similar analysis to grant parental rights to members of same-sex couples who had children.  This is the first case where those rights were extended to someone who never agreed with the biological parent to raise children together.  We expect this ruling to be important in the future for step-parents and blended families.

Our firm worked with Baker McKenzie LLP to provide legal representation for a teenage girl who was lured out of Montana by a sexual predator and forced into prostitution.  In coordination with Baker McKenzie LLP, one of the largest law firms in the world, our team was able to achieve a favorable result for the girl.

One of our litigation partners represented a Korean brother and sister who were attending Billings Central High School.  They were living with their aunt and her abusive American husband, who refused to hand over the kids’ passports so they could return to Korea.  The authorities were brought in and, with the firm’s help, the matter was resolved favorably.  The siblings returned safely to Korea.

Securing annuity benefits for a veteran

One of our attorneys, a veteran, regularly provides pro bono assistance to other veterans.  He successfully represented a veteran in an appeal through the Office of Personal Management, which involved a reduction of the veteran’s annuity benefits because the government failed to properly note his waiver of the survivor annuity benefit.  The process was stopped, thus allowing full claims to be paid and the client was reimbursed about $4,500 for unauthorized amounts.

At the request of the Carbon County Attorney and the Red Lodge Domestic Violence Center, the firm represented a woman in a dissolution from a marriage in which her husband routinely beat her and finally raped her, doused her with gasoline, and set her on fire.  This woman was the third woman he did something like this to but neither of the other women would testify against him.  The woman agreed to testify but also needed help ending the marriage.  We handled the divorce and the husband is in prison.

When the court asked Crowley Fleck to be guardian ad litem for K after she filed for emancipation as a homeless 16-year-old in 2017, a much more important relationship was forged.  K’s guardian became a mentor, advisor, and even a surrogate parent.   The relationship evolved as K showed herself to be a strong, motivated kid. When K acquired a place in the Tumbleweed Hopelink transitional home, her guardian helped rescue her personal items from her last temporary living place and moved her.  Then when K had Individual Education Plan meetings at school, her guardian attended those, along with school programs and presentations.  K showed an inspiring motivation to succeed in life—staying in school, staying employed, getting a car, and still being there for her younger sister—all while still a kid herself.  K is now 18 and looking forward to graduation, but she still checks in with her former guardian ad litem, to talk about setbacks and the good things too.

Tumbleweed is a youth runaway program in Billings.  Through a federal grant and a street outreach program, it locates homeless youth and connects them to services at its facility, through the schools, and in the community.  With donations from the community, it has drastically increased the services it can offer through acquisition of apartments and houses for transitional living.  Billings Partner, Paul Collins, is a member of Tumbleweed’s Board of Directors.  Lawyers in our Billings office worked on securing and drafting leases for Tumbleweed and staff members are very involved in fundraising efforts.

Almost 20% of Montana, Wyoming, and North Dakota residents qualify for some kind of legal assistance through legal services corporations.  That means nearly half a million citizens in our region lack enough financial resources to protect their legal rights.  To make matters worse, a high proportion of disadvantaged people do not even know what rights they have, or more accurately, what rights they are denied.

Our firm is proud to have a full-time pro bono team tasked with engaging and coordinating our efforts to provide representation for low-income individuals.  We work closely with other community programs to identify gaps and fill the needs.

If you need assistance, know that there are many community-based resources and programs available to you:

For more information, call the Billings office at (406) 255-7201 or email the program at prbono@crowleyfleck.com 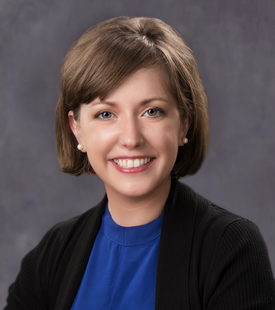 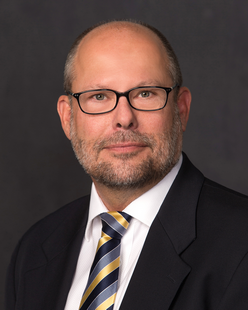 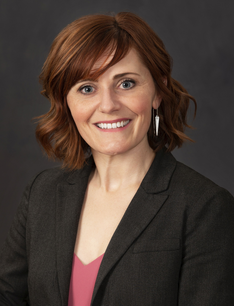