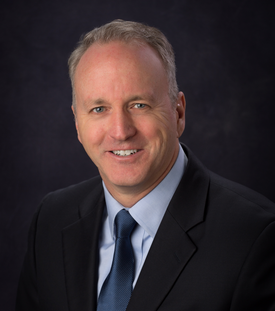 Jeff is a partner in Crowley Fleck’s Missoula office. His practice focuses on commercial litigation as well as healthcare, employment, and construction litigation. He has handled numerous class action cases in federal and state court.

Jeff grew up in western Montana before attending the United States Naval Academy. He graduated from Annapolis in 1991 with a B.S. in economics. After Annapolis, Jeff served with the Navy as a pilot. He left active duty in 2000 and spent a year flying with United Airlines before returning to Montana to enter law school.

Mountain States Super Lawyers has recognized Jeff for his civil litigation work in Montana. He is a member of the Montana Bar, the North Dakota Bar, the United States District Court, District of Montana Bar, and the bar for the Ninth Circuit Court of Appeals.

He retired as a commander in the Navy Reserves in 2012. He currently serves as a commissioner for the Missoula County Airport Authority and is the board president for Five Valleys Land Trust.