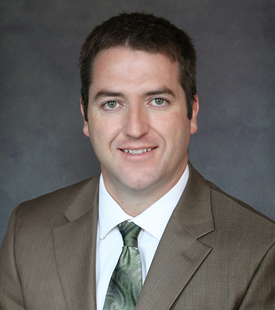 Charlie is originally from Anaconda, MT, and graduated from AHS in 1997. He married Rebecca Spear of Butte and they have three young kids.

After high school, Charlie attended Montana Tech in Butte and was awarded the Pegasus Gold Scholarship. In 2001, Charlie graduated from MT Tech with honors in Mining Engineering. He had engineering internships each summer and was a member of MT Tech’s Environmental Design Team which won the national championship his senior year, beating Michigan State for first place. After graduation, Charlie passed the E.I.T. exam (engineering intern test) and accepted a temporary engineering position for the summer with a firm in Denver. Then, Charlie went straight to law school at the University of Montana and was one of the youngest in his class. He received the Poore Scholarship. Charlie had summer internships at law firms in Anaconda and Butte, and did part-time research projects for them during the school year. His clinical internship was with the Rocky Mountain Elk Foundation.
After graduating from law school in 2004, Charlie passed the bar exam and immediately started working as an associate attorney for the Butte firm Poore, Roth, and Robinson, P.C. He spent 12 years there and became a partner after 5.5 years. Charlie handled mostly medical malpractice, insurance defense, banking, property, and environmental cases.

Charlie was a lateral-transfer to Crowley Fleck in 2016 and now mostly handles Work Comp and employment matters.

For approximately twelve years, Charlie previously worked for the Butte law firm Poore Roth and Robinson, P.C. Charlie became a partner in that firm in 2010.

With his engineering background, Charlie qualified for, and passed, the US Patent Bar. He is Crowley Fleck’s only registered patent attorney, and one of about 20 in MT. Charlie has litigated several patent and trademark cases in Federal Court.

Charlie coaches his kids’ basketball and football teams in the Butte area, and volunteers on race day.