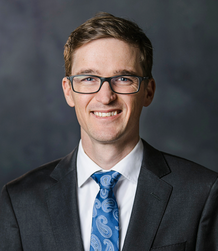 Lars is an associate in the firm’s Bozeman, MT office.

Lars attended Gonzaga University and graduated with degrees in Political Science and Philosophy. After graduation, he worked for the Petroleum Brownfields section of the Montana Department of Environmental Quality, investigating petroleum releases throughout the State. He attended the University of Montana School of Law and graduated in 2016.

While in law school, Lars served as Editor-in-Chief of the Montana Law Review, and interned for Judge Molloy of the United States District Court, District of Montana. During his second year, he successfully argued before the Montana Supreme Court in Marble v. State, a matter involving the interpretation of Montana’s post-conviction statutes.

After graduation, Lars clerked for Justice Patricia Cotter of the Montana Supreme Court. Following his clerkship, Lars was appointed by Chief Water Judge Russ McElyea to serve as a Water Master on the Montana Water Court.

Montana Innocence Project (Board of Directors)