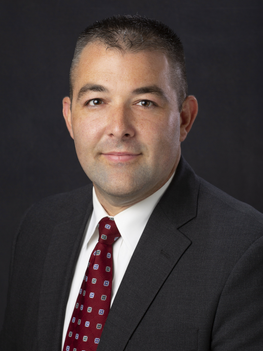 Jeffrey R. Kuchel is a Partner in the firm’s Missoula office. As a member of the firm’s Commercial Litigation Practice Group, Jeff’s practice is devoted primarily to representing business entities and individuals in complex litigation matters and other disputes in the areas of commercial litigation, including significant experience with real property matters and representation of financial institutions.

Jeff is a Montana native, though he left after high school to attend the University of Arizona. After several years, Jeff realized a calling to serve and joined the military, where he served as a medic. He subsequently returned to school and graduated from Northern Arizona University before moving back to Montana to pursue his legal studies at the University of Montana School of Law, from which he graduated with honors in 2013. While in law school, Jeff served as a co-Editor in Chief of the Montana Law Review, as well as working as an intern for a local civil litigation firm and the Missoula County Attorney’s Office.
Jeff is married and has a son, as well as three rambunctious dogs.

Jeff is actively involved in the Missoula and Montana community. Jeff is a graduate of the Leadership Missoula program, and was asked to be the chair of LM Class 38. Jeff volunteers his time with the Missoula Fourth Judicial District Veterans’ Court and served on the Board of Directors of the Missoula Downtown Association.